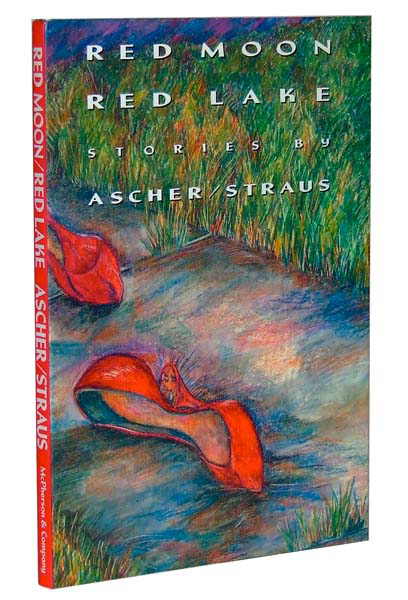 These seven interlocking stories follow the lives of four friends into a locus of nightmare — the elusive boundary that separates TV from the real world of shady streets, withering suburbs, anxious children, random murder and bizarre mutilation. It is a zone invaded by the private dialogue of impossibly cruel sitcoms, the zone known also as the American neighborhood. Here, in an unnamed coastal community, we meet the expatriated Californian, Pam; her strange brother, Rudi (dark genius, or patsy for a serial killer?); Pam's inertial husband, Ted; Pam's deranged and extended family; and Rudi's best friend, Donald Green, highway drifter and compulsive freeloader. It's a long summer of lost jobs, asinine anniversaries, strange encouters, and garrulous gossip. A summer etched by the lucid delirium which marks the frustration of untempered striving. In short, it's another creation of tremendous sensual immediacy, exploded familiarity, and haunting perversity from the authors of The Other Planet and The Menaced Assassin.

To read an excerpt of one of the stories, go to the tab below.

Add to Cart
Also available from:
<
>
PUBLISHERS WEEKLY:
"[A] hallucinatory world peopled by characters so alienated that their very identities are mysteries to each other. Is Pam’s brother Rudi a serial killer? Is Rudi’s best friend, Don, really his adversary? As their exurban neighborhood is menaced by a string of bizarre murders, these young adults become unmoored; they lose their jobs, their friends and lovers, they drift into states of lethargy . . . sophisticated readers will readily exchange the charted terrains of conventional fiction for the enigmatic adventures offered here."

SAN FRANCISCO BAY GUARDIAN:
". . . dialogue at once so real and so unreal that it seems like the way people might talk in dreams. The way people would talk if they were possessed by a rare intelligence. . . ." -- Stephen Beachy

NEW YORK PRESS:
A mysterious "novel-in-stories": "Some of the most stylish ‘post-modern fiction’ there is." --John Strausbaugh
(From “The Accomplice”, story #3 in Red Moon/Red Lake)

Donald Green is sitting on the grey porch steps in red corduroy slacks, black polo and red aviator sunglasses, chugging down a bottle of Moosehead. From neighboring houses the sound of human murmuring resolves into an even, horizontal exchange of tones and frequencies, the voice of daytime television with or without someone watching.
Marian, the middle-aged blonde who lives alone in the big ground floor apartment, and who has a face like something pressed against a plate glass window, arrives home pickled. She’s wearing a black velvet blazer, grey wool slacks, gold hoop earrings, and she’s juggling a black portfolio and a brown supermarket bag.
“Done some grocery shopping?" Donald says. He could eat a turkey pie. Wouldn’t mind eating a turkey pie at all. Used to live on turkey pie. What’s she got?
"Oh, just some round steak," Marian says. "Some round steak and some romaine and radishes for salad."
Donald says he doesn’t care for round steak. He likes chuck steak. His father used to have four deep freezes in the garage, all filled up with meat. Fifty turkeys. Big goddamn dinners all the time. Two pounds of steak for each child: two brothers, one sister, four in all. His father had this thing with food — he was just a little nuts when it came to food. A zillion goddamn barbecues: a giant Charmglow gas grill, Maverick electric grill, a Weber dome-lidded kettle grill and smoker and an ordinary circular grill. Plus an indoor/outdoor electric and a few portables. Couldn’t have too many barbecue grills. One time he was having a barbecue over at his place and he couldn’t get his father to part with one of his old 2’ by 2’ hibachis. Over at Rudi, Pam and Polly’s it was another story. They had just about anything they wanted. Candy and cake and soda all over the damn place. You never saw three fatter, more spoiled kids.
Marian says the subway died in a tunnel. Took her 2 1/2 hours to get home. Just about ready to die of hunger.
Donald says he ate half a roast beef sandwich. Half Ted’s roast beef sandwich, actually. Is Ted ever going to be angry.
He laughs, but Marian doesn’t seem to get the joke.
He’s still starving! Half a roast beef sandwich is nothing for a growing boy like him. He could eat a fistful of tacos. Maybe some burritos and some flautas too. He wouldn’t mind treating himself to something special. Did Marian ever get into a frame of mind where there’s nothing in your life worth celebrating, not likely to have anything worth celebrating for the next hundred and fifty years or so, but even so you feel like celebrating? What’s the proper way to handle a mood like that? The thing to do might be to go out and celebrate with something crummy. Maybe go out and get some Colonel Sanders, stroll over to the beach with your drumsticks and mashed potatoes and have a picnic down there. By the time he gets back Pam’ll be home and he can get her to feed him just a teentsie bit of the beef and noodle casserole she has waiting to be re-heated for Ted. Unless Marian has it in her mind to invite him in for a little salad and round steak and maybe a decent drink or two. The scotch Pam and Ted have tastes just a tiny bit like Robitussin.
He notices with disgust that Marian isn’t listening. No more than she’s listening to the brief notes and lengthy intervals of a bird hidden in a row of unnaturally dark hedges. She’s trying to make her way up the stairs and having trouble. Each step seems to be more of a 1/4” round rod than a flat board.
It crosses Donald’s mind that he really ought to help her up with a hand on the elbow or an arm around the waist. But he reckons very quickly that whether he helps her or not he isn’t going to get any round steak. He stays where he is, drinking his Moosehead and gazes out into the street where two adolescent girls, one honey blonde and one wavy brunette, both in blue polos and jeans, are practicing riding bicycles with no hands. They look one-dimensional to him, cut-out and sharp-edged, as ignorant of the world they’re sailing through, bright shadows over darker shadows, as the moving targets on a rifle range.  . . .