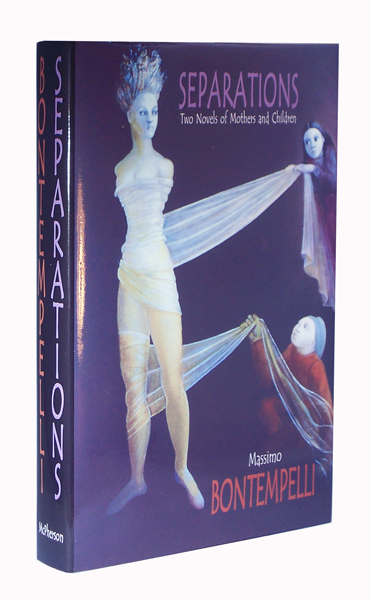 Two novels by one of the masters of 20th century Italian fiction, published in English for the first time, The Boy with Two Mothers and The Life and Death of Adria and Her Children are alive with a subtle "magic," presenting unforgettable characters across a canvas of European socio-political upheaval. These are classic stories — richly imbued with imagination, charming in their irony, and eminently readable — which will haunt the mind long afterward. In each, Massimo Bontempelli fulfills what he believed was the writer's ultimate goal: "to tell a dream as if it were reality and reality as if it were a dream." Before the explosion in the 1960s of the fantastic fiction we associate with Latin American writers, it was Massimo Bontempelli who, in 1926, defined a new literary style he called realismo magico. For decades afterward the term was everywhere almost synonymous with his name. At his death in 1960, the New York Times described Bontempelli as the "leader of the futuristic school in the 1920s . . . whose goal it was to create a world of fantasy which would have the objectivity of the natural world."

"Elegant, superbly crafted, and masterfully written, these tales are not easily forgotten; the heroines are haunting and the plots finely honed. Bontempelli is truly a "fantastic" writer. All public and academic libraries should own at least one work by this great writer, and it would be wonderful if more of his works were translated.."--Library Journal

Translated from the Italian by Estelle Gilson.

For the paperback edition, go here.