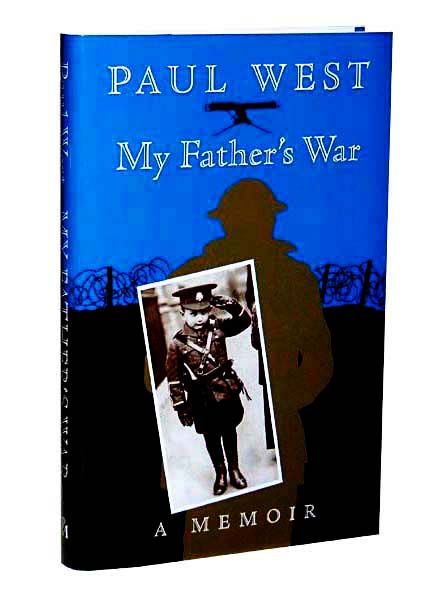 ​Eight years prior to this book, acclaimed novelist Paul West presented a warmly received memoir of his mother, My Mother's Music. Revisiting the scene, Paul West delivers in his 40th book an equally remarkable memoir of his father, a half-blinded, shell-shocked veteran of three years of trench warfare during "The War to End All Wars." But the time recounted mostly occupies 1939 to 1945, while ten-year-old Paul grows to fifteen. Together, father and son play war games, guarding the English coast from foxholes under the kitchen table, or watching as real Nazi bombers on moonlit nights pass overhead. Meanwhile, the father is forever instructing the son in the details of his own experience. The two have much in common, though distantly, and the boy Paul slowly learns to understand and even second-guess his father, though the compulsions that possess the war veteran remain a mystery that separates their generations — a conundrum of what the son wishes his still-damaged father could be, and those expectations no father can ever quite live up to. In this engaging memoir, Paul West recreates his own youth, and gives us in twenty-five chiseled chapters a view of two lives evoking the deep effects of war, and conveying the distance between those who survive its devastations, and those who must bear its consequence.

Add to Cart
Also available from:
<
>
"Novelist West follows up his well-received My Mother's Music with this intimate memoir of his war-scarred father. West focuses on his own early teenage years in Britain during WWII, when his father's experience as a WWI machine-gunner loomed large in West's imagination. Sight impaired and sporadically employed because of a war wound, West's father seemed set apart from the family, with his ordeal in the trenches making him detached and giving him an almost bemused perspective on civilian life's vicissitudes. It is through those everyday details that West approaches this enigmatic figure, through a rambling accretion of mundane but vividly rendered scenes of his father smoking, eating breakfast, watching a soccer match or playing war with his son underneath the kitchen table. Eventually, West comes to appreciate his father's quiet heroism. Writing in an intensely personal...West teases out a tender, wryly funny portrait of his father and of the ravages and legacies of war." — Publishers Weekly

"West, a writer of finesse, amplitude, and wit, paid homage to his English village boyhood and his music teacher mother in his sparkling memoir, My Mother's Music (1996). He now remembers his father, whom he describes as "part ghost," an "impenitent original," and a "man of mystery." His enigmatic father joined the army at age 15, serving as a machine-gunner in the wretched trenches of World War I until a shell blinded him. He eventually regained sight in one eye but remained profoundly marked by his ordeal as yet another world war coalesced. West describes his father in startlingly tactile detail as he recounts the wrenching war stories his father told him, and marvels over how they played war, and rushed outside to watch the Nazi bombers. West's sensitivity to the vagaries of temperament is exquisite, his tenderness deeply moving. Writing of wars past in a time of war, West creates a portrait of his father that has all the richness of Rembrandt as it evokes the endless suffering wars precipitate." — Donna Seaman, ALA Booklist

"What a find . . . to settle into Paul West's lyrical recollections of his father and to track West's adolescent evolution toward that stunning moment when a son realizes the complicated emotional circuitry of that figure long accepted as being as uncomplicated as a god.... As England lurches toward yet another war to end all wars...the son comes to see the difficult dynamics of the past and the hard dignity of a generous heart savagely bent by war.... West invests the ordinary experiences of his adolescence with extraordinary dimension through the apparently effortless exertion of rich language that confers on these memories the sheen of significance." — Joseph Dewey, The Review of Contemporary Fiction, Vol. XXV, No. 3, Fall 2005

"The book explores the mystery of war and its effects and even more deeply the mystery of what it is to be male--especially male and British in the mid-20th century. . . My Father's War is partly anti-war and partly not. Even with all the all of the uneasy memories, West cannot help honoring his father and the ethic of the honorable soldier. Each piece is like endlessly asking the koan 'Who?' Who is this father? Who is Paul West? What is this culture — steeped in the baffling suffering of war — that created them both?" — Pamela Goddard, Ithaca Times