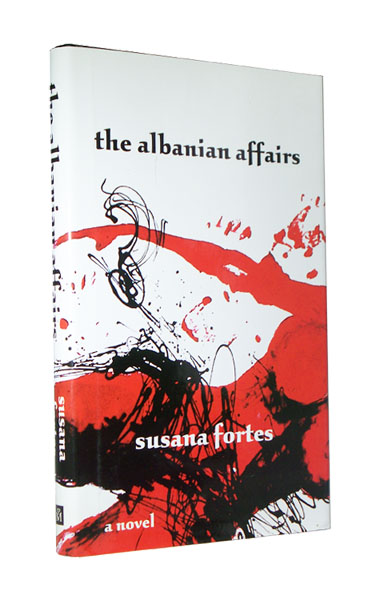 Translated from the Spanish by Leland H. Chambers

A "powerful meditation on the destinies of love's outlaws." — Kirkus Reviews (starred)

A gripping novel about Albania under dictatorship, when it was the most isolated and paranoid European state, and where life could only be lived in complicity with its tyranny, or in clandestine resistance. The villa of state hero Zanum Radjik on Tirana's Elbesan road is a house of secrets. On one wall hangs the portrait of Zanum's absent wife, whose name is never heard within the house. She was the mother of his two very different sons, and the image of her gaze bears silent witness to her mysterious death of many years before, when Ismaíl, the youngest, was only five. Viktor— the elder son, his father's favorite—brings into this house without women a beautiful young peasant girl, Helena, as his bride. But the Radjik brothers have chosen opposing paths of honor, and painfully measure the distances growing between them. During one of Victor's frequent calls to military duty, an irresistible passion for Helena overwhelms Ismaíl, and he finds himself compelled to exhume at last the long-hidden truths and duplicitous crimes that poison all of their lives. The Albanian Affairs is a gripping exposé of psychological oppression. It is also a sensuous yet wrenching story of forbidden love, and an archetypal tragedy that echoes inexorably as if from the hand of the Greek playwright Aeschylus.

Add to Cart
Also available from:
<
>
"There is something about the short but powerful novel that I love. I look forward to immersing myself in an emotional and thought-provoking world, one that hits you with a wallop of depth in just a few sittings. These books often have the ability to stay with me more than the longest of epics. The Albanian Affairs by Susana Fortes is just this sort of novel. Originally published in Spanish as El amante albanes, and now translated by Leland H. Chambers by McPherson & Company (an indie press with a fantastic catalog), The Albanian Affairs manages to offer lust, love, political history, and family intrigue all in a mere 180 pages.
The story takes place in an Albanian villa full of family secrets. Ismail, the youngest son, is growing more and more curious over the death of his Spanish mother when he was only a boy. He also finds himself tormented by the presence of his older brother’s new wife, the first woman to reside in their family in many years. He and Helena find themselves drawn to each other -- too much. At the same time he struggles against his growing feelings for his brother’s wife, he begins to unravel his mother’s story.
The Albanian Affairs is a passionate work that is painted rather than written. The language is stunning leaving me to marvel at the translation, and the backdrop of an Albania under the dictatorship of Enver Hoxha makes for a dark and moving novel."
-- Carp(e) Libris [http://carpelibrisreviews.com/]

"Fortes's taut fifth novel (published in Spain to great acclaim in 2003, and also her first to be translated into English) tells the story of a family destroyed by the Communist regime in Albania. Ismail and Viktor's mother dies when the boys are young. As a young adult, Ismail, a budding poet, endured the Albanian cultural revolution of the early 70s, in which foreign influences were purged. Now, years later, he begins to suspect the death of his mother, a Spaniard, was not accidental—was she killed as part of a political plot? Fjording the could-be-your-neighbor spies and informers of the Hoxha regime, Ismail digs into his mother's past and learns about his mother's lover and of their foiled plans to run away together. As Ismail is discovering his mother's illicit love, he is also discovering his brother's wife, Helena. The sexual tension between Ismail and Helena is palpable from their first clasp of hands under a tablecloth. Sharply rendered by Chambers, Fortes's examination of the costs of loyalty begins—and ends—with a bang." — Publishers Weekly

"Skillfully translated from the original Spanish by Leland H. Chambers, The Albanian Affairs is a heartrending novel by author Susana Fortes. Runner-up for the Planeta Prize for fiction, one of Spain's most renowned literary competitions, The Albanian Affairs is set in the nation of Albania during Enver Hoxha's tyrannical dictatorship. Within the villa of state hero Zanum Radjik on Tirana's Elbesan road, there squats a house filled with menacing secrets. Zanum's wife is deceased these many years, and his two very different sons, who embark upon vastly different paths of honor. When the elder son, Viktor, brings home a beautiful peasant bride, passion for her threatens to overwhelm the younger sibling Ismail. The Albanian Affairs is at once a steamy tale of forbidden love, a harrowing novel of mental and emotional oppression, and a tragedy in the vein of ancient Greek classics. Highly recommended for modern literature shelves."— Midwest Book Review

"The novel is surrounded by mystery and a sense of tragic life, which undoubtedly binds this ensemble of characters that are doomed to failure from the start. It also parallels the fear and secrecy felt by many Albanians who were in opposition with communism and its doctrine. Susana Fortes deftly blends elements of realism, mystery, suspense, revenge and eroticism..." — Illyria, the Albanian-American Newspaper>

"Novels set in totalitarian countries always possess a closed-room, double morality ethos that few people in open societies can begin to imagine. These works depict a bare bones realism that more often than not is nothing less than a test of survival.... The themes, plots and characterization of such novels play out under rules that have everything to do with the sinister vagaries of the staple realpolitik which informs totalitarianism.... Highly realistic and telling in its ability to capture this Deanesque moral/spiritual inferno, [The Albanian Affairs] readily depicts the brutality of the two paths that the brothers must choose: alienating resistance, or modish, tyrannical complicity. Thematically, The Albanian Affairs is comparable to the novels of the Cuban writer, Reynaldo Arenas." — Pedro Blas Gonzales, January Magazine www.januarymagazine.com

"The tension builds nicely, the mystery unfolds well; it's a fairly straightforward (in its elliptical way) story — atmospheric, and utilising the curious Albanian world (the politics, the paranoia, the honour code) well. A fine little novel." — COMPLETE-REVIEW.COM
Click to download a pdf of the first two chapters of the text.