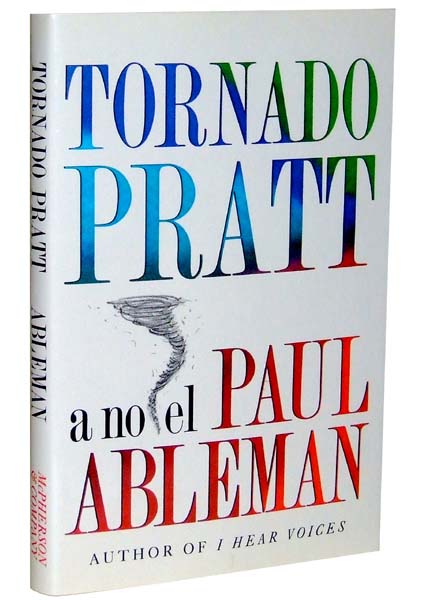 SKU: 1267
$11.00
$11.00
Unavailable
per item
"A tour de force of considerable brilliance. Ableman was always a writer with a real gift for mimicking the way unusual people express themselves. What he has done here is to take a monster and make him rather endearing simply by being true to every stray movement of his mind, with a result that is at once sordid and sublime, and overwhelmingly comic as it zooms back and forth from stars to gutter. You could warm your hands on the crackle of the prose, too." --The Guardian

Never before published in the United States, this brilliant and startlingly American novel presents a Yankee tycoon's explosive career paralleling the boom-and-bust Twentieth Century. By the American-educated English author of the outrageous novel I Hear Voices, it was published originally in 1977 but only in Great Britain, where it was hailed by the likes of Anthony Burgess and Auberon Waugh, among many others. The eponymous main character is not likely to win kudos for political correctness, since his story is something of a fictional cross between Hunter Thompson and P. J. O'Rourke. In some respects he even bears a certain resemblance to the current president. This first-person, deranged narrative leaps out at one as being the examplar of its type.

​Paperback, sewn, jacketed, 224 pages, 6 x 9", 1992, 0-929701-26-7
For the clothbound edition, go here.
Add to Cart
Also available from:
<
>
"It is time that serious notice was taken of Paul Ableman. . . Ableman's fictional gifts are so good that one can only curse a situation that denies the chance of their more frequent expression." — Anthony Burgess

"The last of the old-fashioned American tycoons: a violent, selfish, primitive cowboy of a man, with an outrageous lust for life, booze and women. . . .Now he lies dying in some faraway and expensive hotel, and his life flickers before his eyes like a screen on which a thousand movies are playing at the same time. . . .Pratt ought to be awful: a coarse, powerful, greedy man at the terminus of his life. But it is impossible not to like somebody with so strong a lust for the sweet green ball of earth, and such perceptive and wry obituary honesty about himself. Like its hero and villain, old Tornado himself, his autobiography is extravagant, rambling, and interesting." — The London Times

"In addition to giving us the funny and sometimes moving story of a simple man confronting the problems of the universe and coming to terms with his own mortality, he is giving us an inquiry into the nature of historical truth. . . .Mr. Ableman's intention is finally revealed as being quite extraordinarily ambitious. ...I found it, in the end, completely successful. . . .A magnificent and memorable novel." — Auberon Waugh, Evening Standard

"It's a cleverly constructed, effective novel, for all its obvious literary debts, and never a complacent one. There are jokes and surprises all the way through, perhaps nowhere funnier than in Pratt's adolescent sexual encounter with a married woman, recalled late in the narrative. She seduces the puritanical youth but he is suicidaly convinced he has raped her: 'I rolled off the bed, my underpants trailing around my ankles, and went staggering about the room, vaguely searching for a revolver.' " — New Statesmen

"What is most remarkable about this thoroughly engaging novel is that only now, 15 years after it was first published in Britain, has it reached print in the United States... There are any number of places where the story could fall flat -- the Kansas boyhood, the prosperity in Chicago, World War II heroism with the Marine Corps -- but Mr. Ableman carries the tune with perfect pitch and tempo." --New York Times Book Review

"Not since Saul Bellow's Henderson the Rain King has a novelist brought us a larger-than-life, classic American character like the titular Tornado Pratt." — Michael Perkins

"Britisher Ableman creates a plausible, complex representative of America. If he lacks Bellow's grasp of the grit of American character, he makes up for it by giving Pratt an appetite as large as Bellow's Henderson. Fine entertainment." — Kirkus Reviews