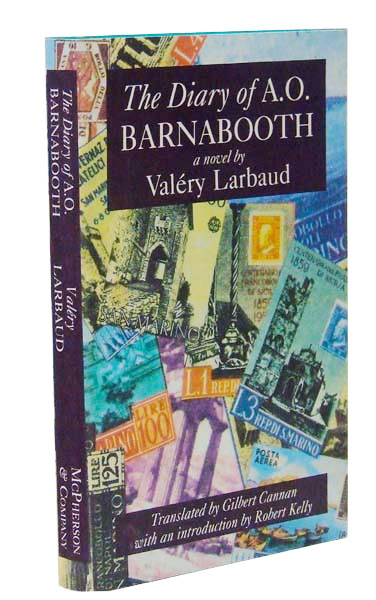 The Diary of A. O. Barnabooth

Published in France in 1913, and in the United States in 1924, The Diary of A.O. Barnabooth is rightly considered one of the first truly original books of the 20th century. Larbaud's novel transforms the traditional "novel of education" into a comic, cosmopolitan search for "self realization." Barnabooth's adventures ricochet from Florence to San Marino, Venice, Trieste, Moscow, Sarajevo, St. Petersburg, Copenhagen. and London, as he strives to solve his spiritual, that is amatory, difficulties.
Here is the prototype of the 20th-century jetsetter, a fabulously wealthy 24-year-old on a free-for-all Grand Tour through the European capitals. Barnabooth is a naive yet brashly opinionated South American who casts about for a new identity with an almost scientific rigor — an intensity all the more humorous for the swings between self-delusion and revelation that are so faithfully recorded in a diary that is destined from the start for publication. Barnabooth is essentially a character from Wilde advanced into the 20th century, full of optimism for the future, scorn for the musty generation just passed, and yet subject to the erosion of confidence that marks the psychologies of the characters of Gide, Proust, and Kafka. This is a book that transforms the "novel of education" with a new persona and employs a "stream of consciousness" interior monologue in perhaps its first modern instance. As Justin O'Brien has noted, "[Barnabooth] suffers a progressive loss of illusions… And every time he approaches a decision or a judgment he interrupts himself to dissect his thought and determine just what percentage of vanity, of self-deceit, or of affectation has entered into it."
Add to Cart
Also available from:
<
>
"This beguiling novel [originally published in 1924] traces the misadventures and romantic exploits of the 23-year-old A.O. Barnabooth... as he wanders across pre-World War I Europe by train. Barnabooth has liquidated his fortune to pursue a luxurious, existentialist life, meditating on himself and the world, listening to stories told by chance companions, living out of a single suitcase -- albeit one filled with currency." — Washington Post Book World

"On one hand it's a sly and clever evocation of Edwardian high society, that last gasp of European aristocracy that was blown to smithereens by the Great War. At the same time, it's quite modern in spirit, not an antique read at all. Which is exactly how Larbaud planned it." — New York Press

"The book is a sparkling one from beginning to end and there is a deal of profound observation in it. It is unique among diaries, the sort of thing that is based on a philosophical concept." — New York Times [1924]