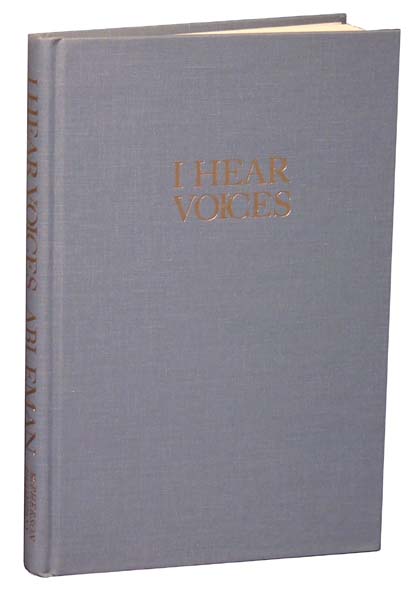 SKU: 1054
$20.00
$20.00
Unavailable
per item
Paperback, jacketed, 224 pages, 6 x 9", 1990, 0-929701-05-4
For the paperback edition, go here.
​
At once confined and liberated by his madness, the hero and narrator of I Hear Voices takes us on journeys through his private, transfigured city. The vehicle is his own deranged mind, fueled by the absurdities of modern life. Lovers of Beckett and Ionesco will recognize much in Paul Abelman's world, where the fantastic and the real coexist in a hilarious, disquieting detente. This first American edition brings to a new audience a literary masterpiece which was originally published in 1958 by Olympia Press in Paris; and, in fact, Maurice Girodias, who was also responsible for first issuing Lolita and The Ginger Man, claimed that I Hear Voices was the book that gave him the greatest pleasure to publish.
Add to Cart