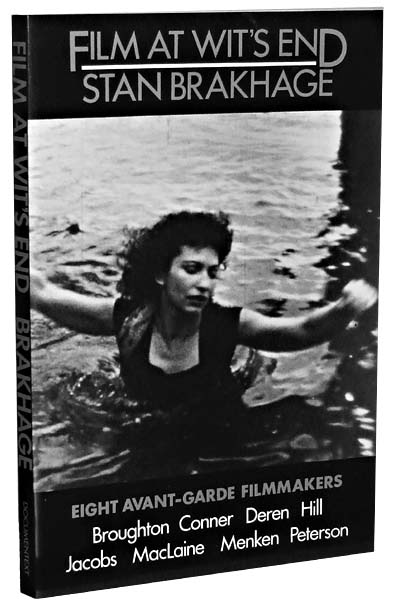 In these eight sparkling biographies, Stan Brakhage brings us into an intimate acquaintance with some of America's most influential independent filmmakers. With insight and sharp detail, Brakhage puts the lives and works of these filmic visionaries into personal focus. We meet Jerome Hill, born to inherit railroads and banks but destined to forge his artistic vision into a lasting film statement. And Marie Menken who, against the odds of a miserable and brutal marriage, developed a film aesthetic that revolutionized the very essence of independent filmmaking. Then James Broughton, the inveterate San Franciscan, whose irrepressible sense of whimsy and profound grasp of classical symbols combined to create some of the most vital filmworks of the last four decades; Christopher MacLaine, the "Artaud of North Beach"; Maya Deren, known to independent filmmakers as "the mother of us all"; Sidney Peterson, sophisticated, erudite, shy, the gentleman of the avant-garde film world; and two of Brakhage's most prominent contemporaries, Bruce Conner and Ken Jacobs. These filmmakers are members of one of the most radical of 20th-century art movements; and yet as radical and individual as they are, their films and their lives are a continuous source of inspiration, not only to young, developing film-artists, but to the makers of commercial movies and videos as well. Brakhage presents them and their work in portraits that are at once critical and anecdotal. One comes away from Film at Wit's End as one leaves a lively evening among special friends.

Add to Cart
Also available from:
<
>
"Brakhage's profiles of eight avant-garde filmmakers have a conversational, relaxed flow. . . . His personal insight into their lives deepens his understanding of their aims and techniques." — Publishers Weekly

"A fascinating collection of essays that do not depend upon, but can only be enhanced by, readers' knowledge of avant-garde film." — Columbus Dispatch
​
"A basic book in the canon of experimental cinema." — Film Quarterly