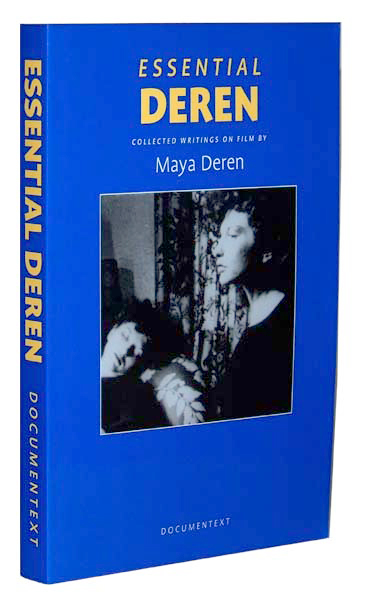 Until now, Maya Deren's essays on the art and craft of filmmaking have not been available in a comprehensive volume equally handy for students, film enthusiasts, and scholars. Essential Deren: Collected Writings on Film contains all of Deren's essays on her own films as well as more general essays on film theory, the relation of film to dance, various technical aspects of film production, the distinction between amateur and professional filmmaking, and the famous 1946 chapbook titled "An Anagram of Ideas on Art, Form and Film," which has been reset here for the first time. There are hard-to-find articles written for magazines and art journals, as well as lectures, Q&A sessions, program notes, and manifestoes. This book will be particularly welcomed by the large audience that saw Martina Kudlacek's documentary, "In the Mirror of Maya Deren," during its theatrical release in the U.S. and Europe in 2002. The importance of Maya Deren's films and writings is further evidenced by the American Film Institute having named its highest award for independent filmmaking the "Maya Deren."
Add to Cart
Also available from:
<
>
"Maya Deren was the first of a distinguished succession of filmmaker-theoreticians of the American avant-garde cinema which includes Stan Brakhage, Jonas Mekas and Hollis Frampton. She was very much an intellectual of the generation trained before the Second World War: her lucid writings address a sophisticated general readership open to arguments about the nature of cinema and its possibilities as a high art. At the heart of her vigorous polemics is the conviction that in her practice as a filmmaker she discovered a film form that points both to the ritual origins of dramatic art and to the future of cinema as a magical orchestration of glimpses of reality." — P. Adams Sitney, author of Essential Cinema

"Extending from theory to mechanics (including very practical chapters on lenses, tripods, and frames), Essential Deren is an inspiring read for anyone interested in independent filmmaking." — Kathryn Atweed, Afterimage
Preface

I: Film Poetics
Amateur versus. Professional
Cinema as an Art Form
An Anagram of Ideas on Art, Form and Film
Cinematography: The Creative Use of Reality

III: Film in Medias Res
A Letter
Magic is New
New Directions in Film Art
Choreography for the Camera
Ritual in Transfigured Time
Meditation on ViolenceThe Very Eye of Night