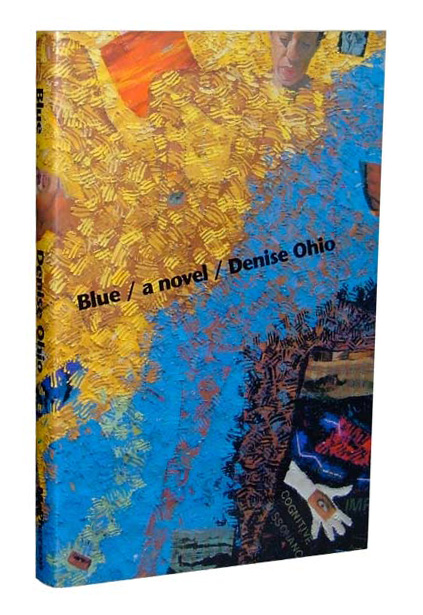 In this highly filmic, compulsively readable third novel by Denise Ohio, the main character, Rickshaw Jones, is a brash young blues artist definitely on the way up, when suddenly her life is turned upside down by the senseless death of her twin sister, Israellen. Beset with doubt and grief, she recalls their lives growing up in Minneapolis, their rites of passage. With insight from her inter-racial heritage, Ricki confronts the stereotypes that trouble America, and faces at the same time the identity formed by her music, and her love of women. Her mother, Liberty Jones, is Ricki's touchstone out of the past — a woman who strove to give her daughters the one thing each would later need. But others also are crucial to their nurturing: Terry Cee and Siobhan, Mamie, Cherise, Emma. As the memories of Ricki and Liberty and Israellen are entered, their experiences resonate with the blues of Bessie Smith and Billie Holiday, Miles Davis and Motown, ringing with anger and sadness and rare triumph. Through these stories of women in underclass America, stretched from the beginning of the civil rights movement well into the 1980s, Blue weaves strands of memory into a tapestry which depicts, finally, possibility of reconciliation.

"As this masterful new novel opens, Ricki Jones is at the site of the plane crash that killed her twin sister, Israellen. The book then retreats into an intricate series of flashbacks that reveal the complicated relationships of the main characters from 1945 to the 1980s. . . .The story of these strong and determined women becomes a meditation on loss — loss of life and love, of innocence, of a dream." — Publishers Weekly
Add to Cart
<
>
"From the moment Ricki Jones' sister is zipped up in a body bag on page one, Ohio grabs you. She never lets go throughout a novel that is a veritable blues in prose. As the novel progresses, each of the principal female characters picks up the theme and, playing the instruments of memory and dreams, repeats it from her variant perspective, moving the novel forward to the rhythm of her own life. ...[A] haunting and melancholy literary song whose strains linger long after the last page." — Booklist

"By turns funny, sad, angry and wise, Ohio's endearing third novel employs sharp vignettes and a ping-pong chronology that bounces wildly through the last few decades. ...Racism is a pervasive force in the Joneses' lives Ohio deftly places its dream-deflating power in a larger cultural context, then draws on it to help define her characters... Classic black music, from such performers as Bessie Smith, Billie Holiday and Little Richard, provides a more salubrious and joyful force..." — The Plain Dealer

"Blue is a lament for the difficulties of love and reconciliation; the bluesy strains of Ohio's prose stay with you after her song is over." — Belles Lettres
​Denise Ohio was born in Santa Maria, California, and attended the College of St. Catherine, St. Paul, Minnesota. Following the publication of her first novel, The Finer Grain, at 26, she migrated with Catherine Minden from the Twin Cities to Seattle, where she is a composer, musician, and gardener. In 1993, St. Martin's Press issued her second novel, End of the Empire. Denise Ohio has also written plays, mysteries, essays, a screenplay, and poetry.