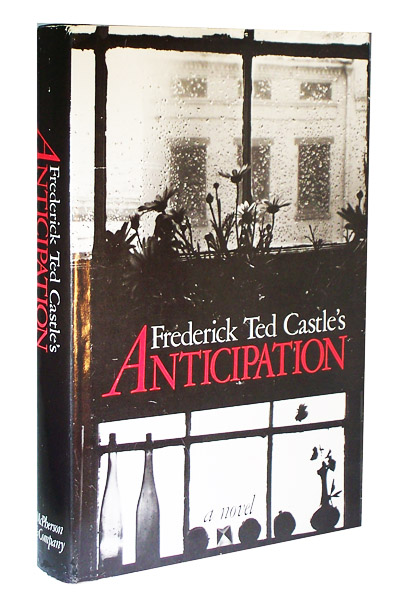 ​Written when the author was about 25 years old (the writing spanned three years), Anticipation is a book full of wisdom and the laughter of youth. It could be characterized as the emergence into the world of an intriguing mentality: like James Joyce's A Portrait of the Artist as a Young Man, it contains, as the author says, "all my youthful revery." For his discursive exploitation of all kinds of narrative devices, the author has been compared to other markedly innovative writers, such as Melville and Sterne. But Frederick Ted Castle's book is really unlike any other, and almost necessarily Anticipation waited eighteen years after its completion in 1966 to be first published. It has been re-released in the Recovered Classics series this year (1996).

​While full of poetry, it is written in a lively and readable prose style. Although abandoning many conventions, it affords compensating pleasures. Sometimes referred to as an "epic novel," Anticipation redefines both the epic and the novel: the character called "myself" becomes a modern hero not because his exploits are heroic but because of the scrutiny devoted to the interior of his psyche, especially as refracted through portraits of friends. Upon its first appearance, the reviewer for The New York Times Book Review predicted: "Anticipation will last. It is a presence one wants to have around..."