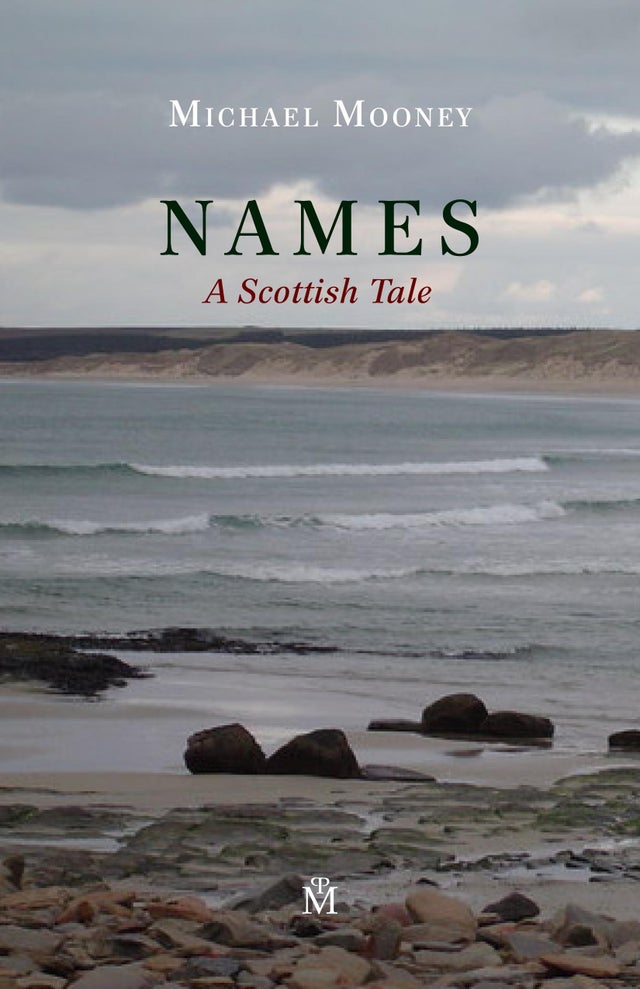 $2.99 For the Kindle edition order directly from Amazon

Names is a work from our original chapbook Treacle Story Series published in 1979.

"Names is a novella-length yarn of the reverberations of one night's drunken escapade into a monumental feud between the sons and daughters of Thomas Dunn and James Gallun. The events take place in the forbidding north of Scotland in the first half of the twentieth century. The monologue is told not to the reader, exactly, but to another character, a grandson, so that the family history should not be forgotten. As the history unfolds, family stories begin to enter. At times these stories have morals, at others they are fable-like in their home truths; often they are told because they just seem to come up in the mind of the history teller—they are told for the pleasure in the recalling of them. And soon one knows that the stories are the meat on the bones of genealogy; they are the family. And as the narrative proceeds, through the stories and the telling, the heroic past emerges, that faintly mythological past of Memory. Names is a wonderful book; here's a little story from it:

'Mother was in the byre one evening before bed when she heard whispering out back. She found the dungfork and listened. Then she heard someone scramble up the stone wall on to the roof. She crept outside, and there she heard what she thought was someone having a good pee out by the peat stack. She went round the other end of the byre, and when someone came clambering down off the roof she rammed the dungfork into him. The fellow howled, and Mother pinned him to the ground. At that moment the peat stack burst into flames. Billy came from the house, grabbed another fork, and pitched dung off the dungheap on to the peat stack till he had smothered the flames. Then he subdued his mother who was working the fork vigorously in George Shearer's buttocks. He picked Shearer up and dragged him into the house where he poured alcohol in his wounds'."

A reader review on Amazon by "Katie":

This book is short enough to read in an hour, but rich enough to keep you thinking about it all night. Since the story is being told in the second person, you feel as though you are not just being told the story, but that you're part of it. It's a bit complicated with the amount of characters, especially since many share the same names, and it can be a bit of a puzzle to figure out who's who. It would have been helpful to have a family tree set at the beginning because you'll find yourself asking, "how are they related again?" However that kind of confusion simply adds to the small-town, claustrophobic feel.

Although it's technically fiction, this is a story that could have happened. The characters are unique, their individual stories feeding into the main plot, and the disastrous effects of a brotherly feud is not uncommon in that kind of provincial town. That's all to say, this story feels historically familiar, and with each page it grows more and more believable. It's interesting to witness the escalation of resentment and bitterness between the brothers; they're constantly trying to one-up each other, and sometimes it's hard to know who to root for, if anyone.

Overall I definitely enjoyed this book. If you're looking for something quick to read on your commute or before bed, this is the book you're looking for. It may be short, but it packs all the excitement of a novel into less than 50 pages.