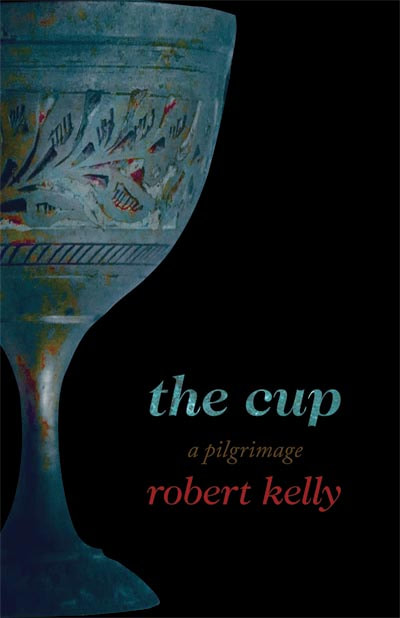 The Cup: A Pilgrimage

The Cup is a lyrical narrative poem in 91 sections about two young Americans following an ancient pilgrimage route, their explorations interwoven with legends of the Holy Grail.

“The Cup is a new island poem from Robert Kelly, consanguine with Seaspel, though The Loom, in its way, is as near an ancestor. Here is a newer testament, that of a plainspoken pilgrim, a quiet man guided by an even quieter man, until a woman comes along who knows the score, the dharma, the way through the fire exit, that very small difference, oneself. The Cup may be Kelly’s deepest image and holds all he (all it, all He) knows of words and their deeds, women and their oceans, love and its deliverance through that most religious mystery, the yet unwritten book. Read it, my friend, though, as in dream, nothing happens. It takes its time in you.” — Billie Chernicoff, author of Bronze and Amoretti

“Robert Kelly gives the Holy Grail an origin and destination I myself never heard of, in this intense little epic of the Eternal Quest that somehow (mercifully?) is always only just a taste.”