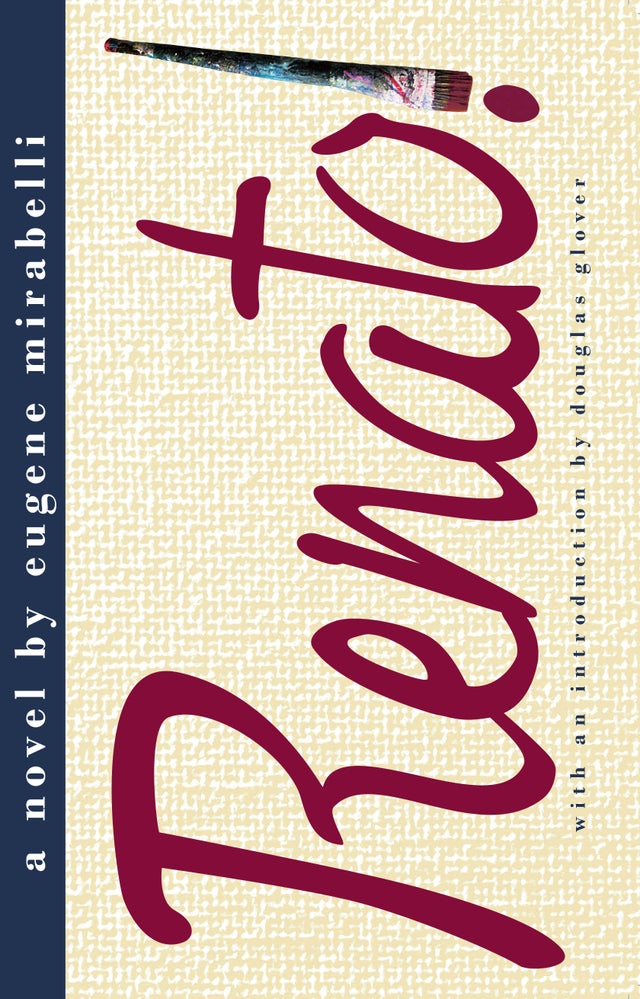 
"Rivaling grand opera for passion and plot, Renato! is sure to delight readers who appreciate captivating storytelling."--Booklist, American Library Assn.


“Mirabelli . . .is a master of montage, sudden narrative breaks, interwoven plots and themes.…This truly is a wise and comforting book, funny and sad, wonderfully intelligent…”—from the introduction by Douglas Glover


In the course of a long and productive literary career, Eugene Mirabelli has written three sequential novels about the poignant and comical misadventures of an artist, Renato Stillamare, which have now been revised and assembled into a single work.

Renato! is remarkable equally for the dynamic fusion of its parts—a modernistic marriage of narrative forms—and for a story set amidst the confusions of modern life and richly imbued with love, philosophy, hilarity, food, sex, religion, complicated familial attachments, and a dash of magical realism. Renato's somewhat outlandish first-person narrative runs from an unlikely origin story to rebellious maturity and finally to searing intimations of mortality. His personality is creative, noble, jealous, generous, foolish, compassionate, witty, profound, selfish, and wonderfully charismatic. His language is colloquial and at times profane; his painterly eye for detail is precise and revealing; his metaphors apt and often hilarious; his heart vulnerable, and his suffering all too real. Renato! is a testament to struggle, failure and, despite all, a passionate embrace of life and belief in love. As the novelist and critic Douglas Glover remarks in his introduction to Renato!, it is as though Mirabelli has reverse-engineered the novel as that wonderfully extravagant and particularly Italian form—opera.

"Over the decades, and steadily, Eugene Mirabelli has been working on a major canvas—beginning with "The Goddess in Love with a Horse" and coming to fruition in this work. An artist writing about artists is, always, a bit of a gamble, but it's this reader's opinion that our high-stakes gambler has hit the jackpot here. The real and the surreal blend together seamlessly; the love affair endures."—NIcholas Delbanco, author of Why Writing Matters
Add to Cart
Order from your independent bookseller:

Order from Bookshop.com:
<
>
“Age bends and fate twists this artist, but he carries on with his ‘perishable art and human love’—the indefatigable artist as his own work of art.”—William Kennedy, author of The Albany Cycle

MIDWEST BOOK REVIEW: "An inherently absorbing and deftly crafted novel by an author with a genuine flair for originality and the kind of narrative driven storytelling that is fundamental to a literary masterpiece. Renato! is especially and unreservedly recommended."

ALA BOOKLIST: Renato! doesn’t fit neatly into one literary genre: Is it historical fiction, fantasy, a family saga? Actually, it’s a little of all of these. Comprising three novels--The Goddess in Love with a Horse; Renato, the Painter; and Renato after Alba—it has four main story lines and all flow through Mirabelli's narrator, the painter Renato Stillamare. He tells the tale of the Cavallù family of Sicily and Boston, from 1860 to the present, which bubbles with legends, including one of a woman married to a man who was half horse. Then there's the love story of Renato and Alba, filled with great passion and small moments, and Renato’s career-long efforts to land a solo gallery show on Boston’s Newberry Street. A philosopher at heart, Renato expounds on everything, especially love. As he observes, “the gods have given us love instead of immortality.” Mirabelli is a skillful storyteller, deftly weaving all these stories into a rich, colorful tapestry of love, loss, and art. Rivaling grand opera for passion and plot, Renato! is sure to delight readers who appreciate captivating storytelling.— Carolyn Mulac

KIRKUS REVIEWS (starred): Multigenerational novel of a Sicilian clan that leaves a memorable stamp in the old country and the new. /
Like Pietro di Donato, whose Christ in Concrete is now a largely forgotten classic of the Italian American experience, Mirabelli has attracted a small but dedicated readership. His new novel—made up of three parts previously published as The Goddess in Love With a Horse (2008), Renato, the Painter (2012), and Renato After Alba (2016), which have been combined and revised--merits wide attention. The first section is an exercise in magic realism, an improbable genealogy of the Cavallù clan, its name suggestive of horses—and indeed, the progenitor is half horse. Says Angelo, a simple miller, to his astonished bride, “God created horses just to show us what He could do in the way of power and beauty, and when He finished, He admired His handiwork.” Of course, adds Mirabelli, that’s perfectly in keeping with the Sicilian bloodline and its mishmash of Carthaginians, Romans, Greeks, Arabs, Jews, and other Mediterraneans. Another young man, swept up in the turmoil of the Garibaldian revolution, entreats a sea goddess very much like Aphrodite to marry him, begetting the lineage that leads to our title character, adopted into the Cavallù-Stillamare clan, whose patriarch believes that “his children were born with the talent to write a sonnet, drive a car, draw, dance or fight, the same as they were born with the capacity to speak and sing.” Renato is a touch more limited; though a brilliant artist, he doesn’t have much luck placing his work, and a long-unfolding battle with an almost stereotypically arrogant gallery owner is a central episode in the middle section. Renato has a huge heart, though, taking in a street waif of otherworldly ancestry and her child. In the bargain, Renato constantly tries the patience of his wife, Alba, an absent but tutelary presence in the last section, when Renato is old, widowed, and lonely: “I had kept hoping to die but it hadn’t happened and after a while I gave up trying and pretended to live, just doing the things that living people do.” / A bittersweet, beautiful story that, improbable though some of it may be, speaks wisely to life’s truths.

PUBLISHERS WEEKLY: Mirabelli has revised three previously published novels, all of which chronicle the life and times of the painter Renato Stillamare, for a blazing magnum opus. In Book One, still titled “The Goddess in Love with a Horse,” baby Renato is left swaddled in a map of Sicily on the doorstep of the Cavallù family in 1860s Boston, a clan descended from Sicilian centaurs and goddesses. This dreamy narrative is a love letter to the people and customs of Sicily, “where Demeter, the warm-breasted goddess... had her daughter Persephone stolen from her.” In Book Two, “Renato, the Painter,” the artist looks back from his 70s on a long, satisfying marriage with Alba, his many children, and a few lovers, while trying to secure his artistic legacy by landing one last gallery exhibition. He’s moved into his studio to paint, while Alba stays in their apartment and plays host to a strange young woman and her son, whom Renato suspects is descended from a fallen angel. Well into his 80s in Book Three, “After Alba,” Renato finds he’s a poor match for fighting despair after Alba’s death. The author swings back and forth through time and memories, and entertains fantasy and philosophy with captivating if occasionally long-winded results. Mirabelli’s impassioned cycle succeeds at capturing an artist’s longing to be remembered.