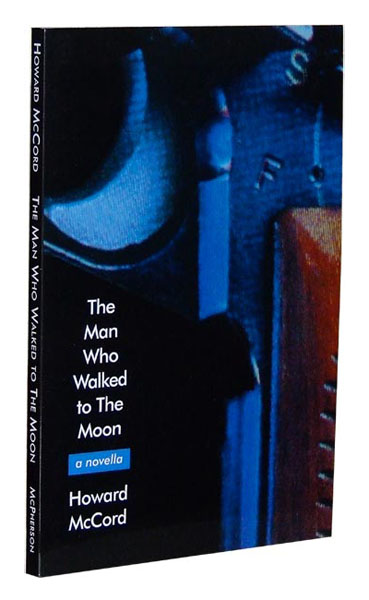 The Man Who Walked to The Moon - eBook

The Man Who Walked to The Moon is an evocation of the twin wildernesses of amorality -- the natural and the human. The setting is a mountain range in Nevada. The man who walks it tells this story: My name is Gasper, William Gasper, and I do nothing for a living but live, simply. My family is undistinguished, my background ordinary. I prefer walking alone to all other steady activities. Doubtless such a vocation reflects a social inadequacy in my personality. However, since I have nothing to contribute to society of much worth, save an icy mind, I can imagine myself only a laborer or small clerk, a servitor as I was to the military. It has never been of any importance to me to seek a means by which I might be more comfortable with others or others with me. . . .

Gasper walks one mountain in particular: The Moon. As he narrates with a sharp-honed style the story of what happens on that mountain, menace and dread ever so gradually take hold, until at last the reader discovers, chillingly, who this man really is, what he has done, and what he will do when he comes down. In this entrancingly brief novel, his first, Howard McCord has written an eerily exacting portrait of a psyche as old as myth and as current as every politician's worst nightmare. Little wonder, then, that Kirkus Reviews called this novella "a startling debut" and Library Journal observed that The Man Who Walked to The Moon"could become a cult classic."

A French film company THEMAKERS has optioned the movie rights.