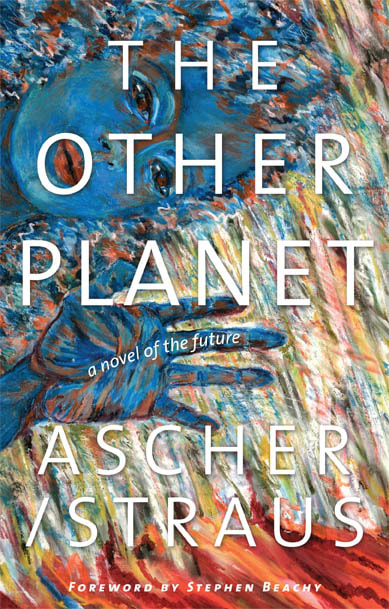 The Other Planet : A Novel of the Future

In this deliciously subversive novel the question is asked: Is it possible to live in the future?—and what would it mean to embrace the transformations created by every new thing, and at the same time to escape the depressing discrepancy between events that only happen and those which actually might?

For Valeria Florescu, the desirable pathway would lead through "a subtly coherent twining of adventures" in a personal quest for the "extraordinary." But when Valeria quits her job as research chemist at a large industrial laboratory, she discovers first that uncertainty is more than a law of particle physics. Almost immediately she encounters the contradictory allures of two attractive men: Liam Lenehan, whose mad passion for order takes the curious form of repairing obsolescence; and Humberto Vilanescu, alchemical entrepreneur and impresario of futurism. Against the claustrophobic inertia of well-meaning family members, Valeria is propelled by the magnetic promise of self-realization into adventures at supercharged Manhattan parties, orgies in postmodern condos, and tours through the decrepit wilderness of exurbia. And then, as the ruins of reality slip behind, she journeys toward the fulfillment of the ambitious yearnings of an electronic generation. . ..


“The Other Planet is one of the indispensable novels of the twentieth century, a complex and unsentimental examination of the tensions created by rapid social and technological change. Carefully constructed possibilities may be gleefully abandoned or lives that seem coherent in their design may be suddenly eclipsed by larger forces. Something sinister is still happening at the edges of perception, something both desirable and terrifying. In The Other Planet, the most common name given to that thing that inspires both longing and dread is ‘the future.’ . . . It is a journey through Ascher/Straus-world where film, TV, dreams, and brief conversations collide to create a hyper-real and moody landscape.” —from the foreword by Stephen Beachy
Add to Cart
<
>
THE IMPOSSIBLE VOICE, review by Nicholas Alexander Hayes
"Ascher/Straus’s coauthored novel slips around its dreamily constructed narrative. The story nominally follows Valeria through her relationships with family, lovers, and acquaintances. But these are at times glancing and at other times porous. The lives of characters intersect with each other in indeterminate ways and movies broadcast on TV in the writerly equivalent of the Kuleshov Effect. But Ascher/Straus are aware of their structure providing the reader with the winking metacommentary: 'Reality now had to compete with many realities.'
The ancillary stories – the recounting of midnight movies or of vague anecdotes – erupt into the primary narrative. Not explosively, but in a slow and steady channel of magma. The effect drives the narrative forward in a way reminiscent of J. G. Ballard’s The Atrocity Exhibition. But Ascher/Straus present their narrative less jarringly, by letting episodic narratives subside and the main narrative return to prominence. The authors again provide metacommentary for their novel: “It was as if you were continually weaving a second life for yourself and this life was unavailable to you. Or as if, inside the first life, there were a pond, concealed by nothing more than forgetfulness, in which everything from the first life swam without its mask”
Valeria’s story traces the boundaries of human relationships in an age consumed by media. As Ascher/Straus imagine a future from the 1980s, they seem prescient. Even now the futurescape Valeria has helped create seems only a few years off with her prognostication that 'WE DON’T WANT TO MEET CREATURES FROM ANOTHER PLANET. WE WANT TO BE CREATURES FROM ANOTHER PLANET!' ”

CITY PAPER, review by John Strausbaugh
"A pretty definitive statement about the post-modern experience... The future is sparked by a mysterious stranger, Humberto Vilanescu. Rich, foreign, partly messianic and partly Mephistophelian, he's a combination of the Aga Khan, Howard Hughes and The Man Who Fell to Earth. ... This is a mysterious, absorbing, sexy and troubling reflection on these weird times, and it should be read."