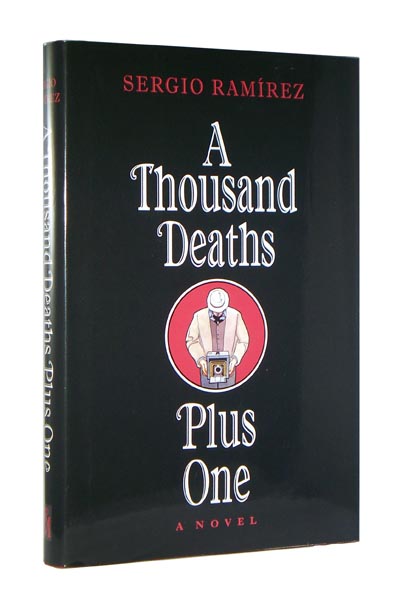 A Thousand Deaths Plus One

Translated from the Spanish by Leland H. Chambers.

FINALIST: 2009 BOOK OF THE YEAR AWARD -- FICTION IN TRANSLATION

In 1987, while on a state visit to Warsaw, the author happened upon an exhibition of remarkable works by a hitherto unknown Nicaraguan photographer, Juan Castellón, who plied his craft in Europe between roughly 1880 and 1940. This improbable discovery launches Ramirez on a consuming quest to reveal the forgotten artist's identity -- an obsession that eventually takes him from Nicaragua to Vienna to Mallorca, and leads him to sift through the evidentiary remains of a raffish entourage of European and Latin American madmen, nobles, adventurers, and poets. Meanwhile, in alternating chapters, Castellón tells his own side of the story, from his fantastic conception in Nicaragua, to an education in France courtesy of Napoleon III, to nights of debauchery in the company of his compatriot-in-exile Rubén Darío, to a final and unexpected residence in a Nazi concentration camp. A Thousand Deaths Plus One is a coruscating novel that recapitulates, in the biographical snapshots of an exceptionally ordinary man, the elusive history of an exceptionally unfortunate country.

"With this compulsive masterpiece, Sergio Ramírez will enchant American readers as he has been delighting us in the Spanish-speaking world for many years. Through the quest for an elusive photographer, Ramírez reveals and celebrates the history of Nicaragua, but indeed of the whole Western world in the last two centuries, and does so in ways that are as entertaining as they are profound." — Ariel Dorfman

Add to Cart
Also available from:
<
>