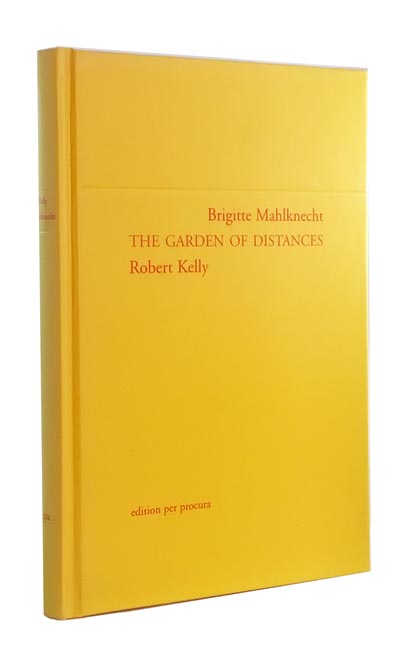 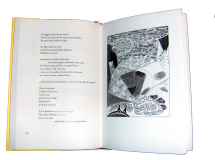 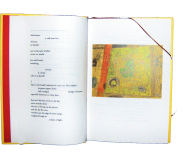 The Garden of Distances

A Collaboration by Robert Kelly and Brigitte Mahlknecht

An Italian painter and an American poet briefly met once and, liking one another's work, decided to experiment with the interaction of visual and verbal texts. The Garden of Distances is the result: a marriage of 38 etchings with a book-length multipart interlocking poem. It was not a matter of person responding to person but of work responding to work. The pictures and texts were exchanged by fax, and the whole process carried out from afar, between New York City, Annandale-on-Hudson, and Bolzano (Italy), from July to October, 1998. The distances between the artists became emblematic of the distances negotiated in the drawings and the texts, which are like all the joyful and sorrowful distances that exist between people.

Each time it was the drawing that came first,

then the text tried to answer it.

And to that answer the next drawing

answer on top of answer

till the gardening was done.

Brigitte Mahlknecht's 38 etchings (two of which are reproduced in color) are finely detailed maps of the unconscious, packed spaces the size of dreams, archetypal spoor. Robert Kelly's poems are songs of enormous beauty, endlessly inventive, reflexive, inviting and open. Our edition of The Garden of Distances is published in the U.S. by special arrangement with Edition Per Procura of Vienna.

Add to Cart
<
>
Brigitte Mahlknecht was born and raised in Bolzano, Italy, and now lives and works in Vienna and New York.